Nowadays, almost everybody is getting online regardless of their age. However, teens are the ones who spend their time the most with their smart phones, tablets, and computers. When they arrive home from school, they rush to throw their book bag on the floor not because they need to go to the bathroom, but because the need to check their phones for new messages.

There is nothing wrong if teens are now becoming obsessed with the internet, especially when it comes to social media interactions. In fact, it’s nice to see they’re spending lots of time at home rather than somewhere else. The problem is that this obsession may lead to addiction, and this is not going to help them. This addition may start affecting their school performance.

How to Know if Teens Are Getting Addicted to the Internet and Social Media?

We must qualify the difference between the internet and social media. The internet is a broad term that defines everything about such technology. There are many young people who spend most of their time on the internet because of their studies. Others spend much time doing everything to make money online at a young age.

If that is the case, there is a difficulty in determining whether or not it’s an addiction. Nevertheless, the internet addiction that we are talking about here is the obsession of many teens with social media for personal reasons.

We can say that they become addicted when they no longer interact with their families and love ones. At home, they become hard to talk to. You can’t seem to get their attention for chores or chit-chat unless you come to them and force them to do what you want. Moreover, they become irritable, especially if they get distracted while doing something.

You can tell they are getting addicted to social media when they start developing insomnia. They stay awake at night, and they are sleepy during the day. Their health starts deteriorating as they almost never eat at the right time not to mention the fact that they don’t get enough sleep.

Another indication of addiction is when they are no longer able to study properly. Some of them are able to continue studying, but they start doing it only for compliance sake and not any more for the sake of learning. The worst thing is when they no longer want to go to school, just so they can stay online.

Parents find it difficult to get along with their teens who are already addicted to their smart phones. These young people no longer listen to their parents, and if they have younger siblings, they start treating these youngsters rudely. They start behaving the same way drug addicts behave.

At home, family quarrels become more frequent. As a result, these teens tend to go out with friends more often than normal. They meet their friends who also have similar situations at home. Because of this, their initial obsession to stay home is replaced by their fear of going home. If not addressed immediately, such an addiction may lead to something far worse.

Is There a Way to Solve This Problem?

The answer to this question begins at home. You are their parents, and you have to discipline your children. No discipline seems pleasant at first, but it brings forth respect for you later on. The key here is to be firm.

You can limit their social media interaction to only having their smartphones after school, when their school work is done. If their addiction is overwhelming, you can severely limit their internet connection at the home. You can enable strong passwords for your mobile devices that only you have as a parent.

You have to remind your children you pay the bills. A lot of parents want to be their kid’s friends, but you have to remember you have to be a parent and raise them up the right way. Teens and younger kids will thank you later for your discipline.

However, if you are at your wit’s end, and you think your approach is not effective, it’s time you seek the help of professionals. You can try Diamond Ranch Academy as they can help teens correct negative behavior problems and help families through positive treatment and therapy.

As a general principle, whatever is too much is always bad, particularly if it changes you as a person. When you are not able to balance everything, you are losing control of yourself. This’s what happens to many teens these day’s thanks to addictive effects of social media. 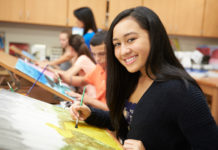 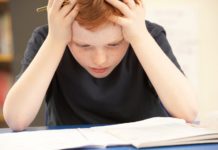 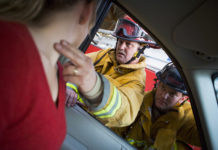 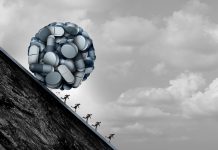